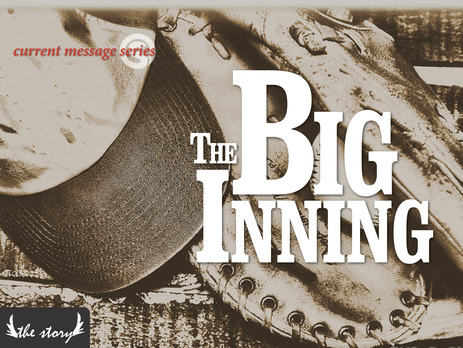 Click on a link below to listen (or watch) a segment of "The Big Inning" Series.
Messages will be added weekly, as they occur.

Introduction, January 12th: Dwaine Darrah
Ok, when God writes, does he follow the same rules we have to, such as having a plot, for Pete's sake? ?
Beginning of Life, January 19th: Dwaine Darrah
If God made the world, did the warranty run out or what, because it sure seems like something's defective? ?
God Builds a Nation, January 26th: Dwaine Darrah
If God is so smart, why is He using such inferior materials to build things?  (That's right, I'm talking about you wacky Christians.)
Joseph, February 2nd: E Reiss
We know that violence isn't the answer, but you can still punch your brother in the throat, right?  Right?