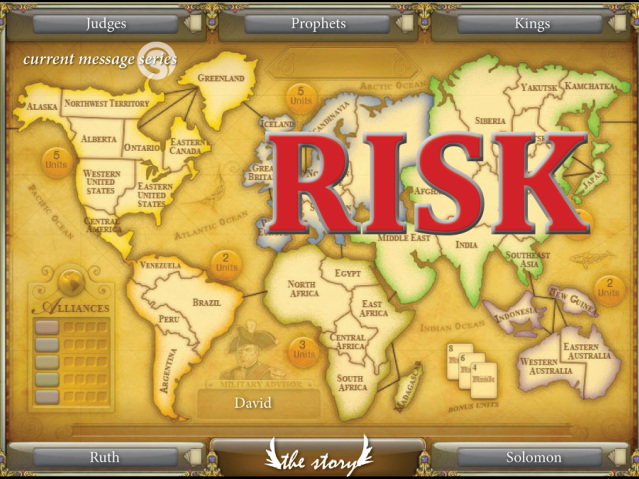 Click on a link below to listen (or watch) a segment of our "risk" Series.
Messages will be added weekly, as they occur.

A Kingdom Torn in Two, June 22nd: Dwaine Darrah
It seems like some of my issues are ones I inherited and aren't really my fault, so how do I deal with them?
God's Messenger's, June 29th: Dwaine Darrah
Life is hard, and I seem to just fall into stuff that messes me up; why aren't there better warning signs around that help me avoid danger?

The Beginning of the End, July 6th: Dwaine Darrah
I seem to get blasted into oblivion out of nowhere--is it possible I'm not aware of the warning shots?
The Kingdom’s Fall , July 13th: E Reiss
What happens when a nation basically gets laid off?
Special Guest, July 20th: Tyler Morris
Daniel in Exile, July 27th: Dwaine Darrah
Seriously, is there a God in heaven?
The Return Home, August 3rd: Dwaine Darrah
Is doing the right thing right now really that big a deal?
The Queen of Beauty and Courage, August 10th: Dwaine Darrah
Who would get better reality show ratings? Esther? Or Honey Boo Boo?
Rebuilding the Walls, August 24th: E Reiss
When is a city more than a city?